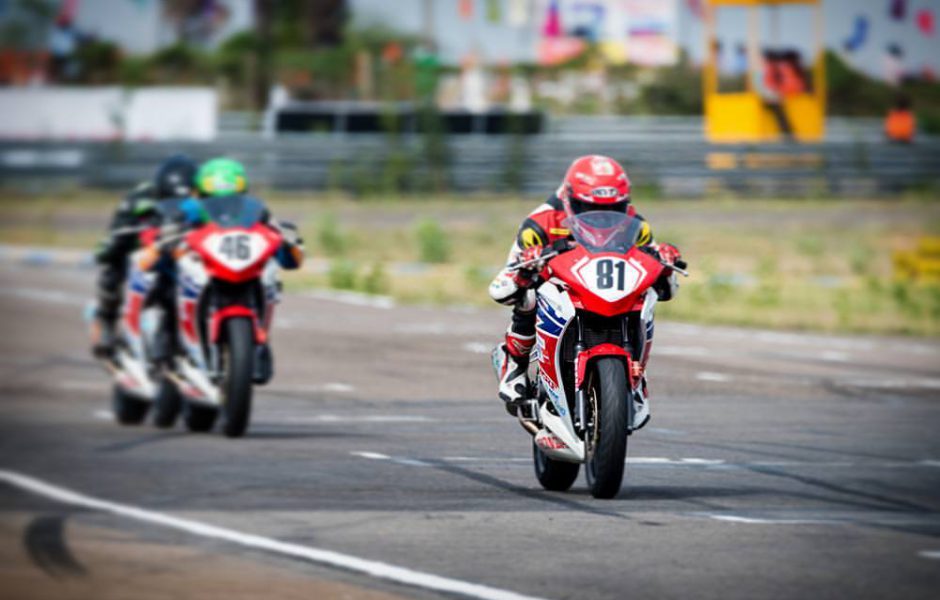 While I missed my first place in the Pro Stock-165 Race 1 by a few milliseconds, I had to retire in Race 2 of the same round because my bike wasn’t in the right condition. In the Honda CBR 250 Cup, I scored second place again. The fourth race however didn’t quite turn out the way I had hoped it would.

It’s funny how even though we racers are always moving on speeding motorcycles, nothing blurs for us. Every moment always remains crystal clear in our memory. I was holding the second place during the sixth lap when in a completely unexpected turn of events I slammed hard into the racer who caught up from behind. The impact of the collision damaged my brakes– though this is something I only discovered later as I was speeding at 170 kmph to the finish line. My brakes failed me at one of the hairpin turns and I was flung off my bike. The result was not too surprising considering the impact of the crash, but still extremely unfortunate. I suffered a bad dislocation at my hip which needed immediate medical attention.

A lot of people have asked me what I felt in that moment as I found myself tossed 20 to 30 feet into the air and honestly, I could only ask myself just one question through it all – “Will I be able to race again?” Because you see, the thrill is not only in the winning but also in the doing. And the thought of not being able to race again is almost too much to bear for someone who pretty much lives his entire dream on the race track.

I feel strangely amused when I hear people applauding me for my determination as I continue with my plans of participating in Round 2 of the INMRC 2016 and in the Asia Dream Cup.

For me, this is a given. I mean – isn’t that what one does when they have a dream to fight for?

For now I’m focusing on giving myself as much rest as I can to get as closely back into shape as possible. So while I’m currently skipping the usual hardcore physical training sessions, I still make it point to stay in touch with meditation and mild yoga.

The thought of this season’s Round 2 is giving me mixed feelings. In spite of being a little nervous about my physical state, I can’t deny that same old familar emotion of intense anticipation. Also, racing at my home track always gives me extra confidence, so that’s something I’m grateful for.

As always, I’m all set to fight to be the first to cross that finish line.